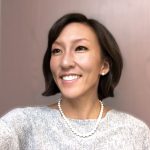 Kay M. Tye received her bachelor’s degree in Brain and Cognitive Sciences from MIT in 2003 and earned her Ph.D. in 2008 at UCSF with Patricia Janak.  Her thesis work was supported by the National Science Foundation and recognized with the Lindsley Prize in Behavioral Neuroscience as well as the Weintraub Award in Biosciences.  She completed her postdoctoral training with Karl Deisseroth at Stanford University in 2011, with support from an NRSA from NIMH.  She became an Assistant Professor at MIT in 2012, and has since been recognized with the NIH Director’s New Innovator Award, Technology Review’s Top 35 Innovators under 35, and has been named a Whitehall, Klingenstein and Sloan Foundation Fellow. In 2019 Kay became Professor in the Systems Neurobiology Laboratory and Wylie Vale Chair at the Salk Institute for Biological Studies.​

The Tye Lab employs a multi-disciplinary approach including optogenetic, in bio and ex vivo electrophysiological, pharmacological and imaging techniques to find mechanistic explanations for how emotional and motivational states influence behavior, in health and disease. More info: https://tyelab.org